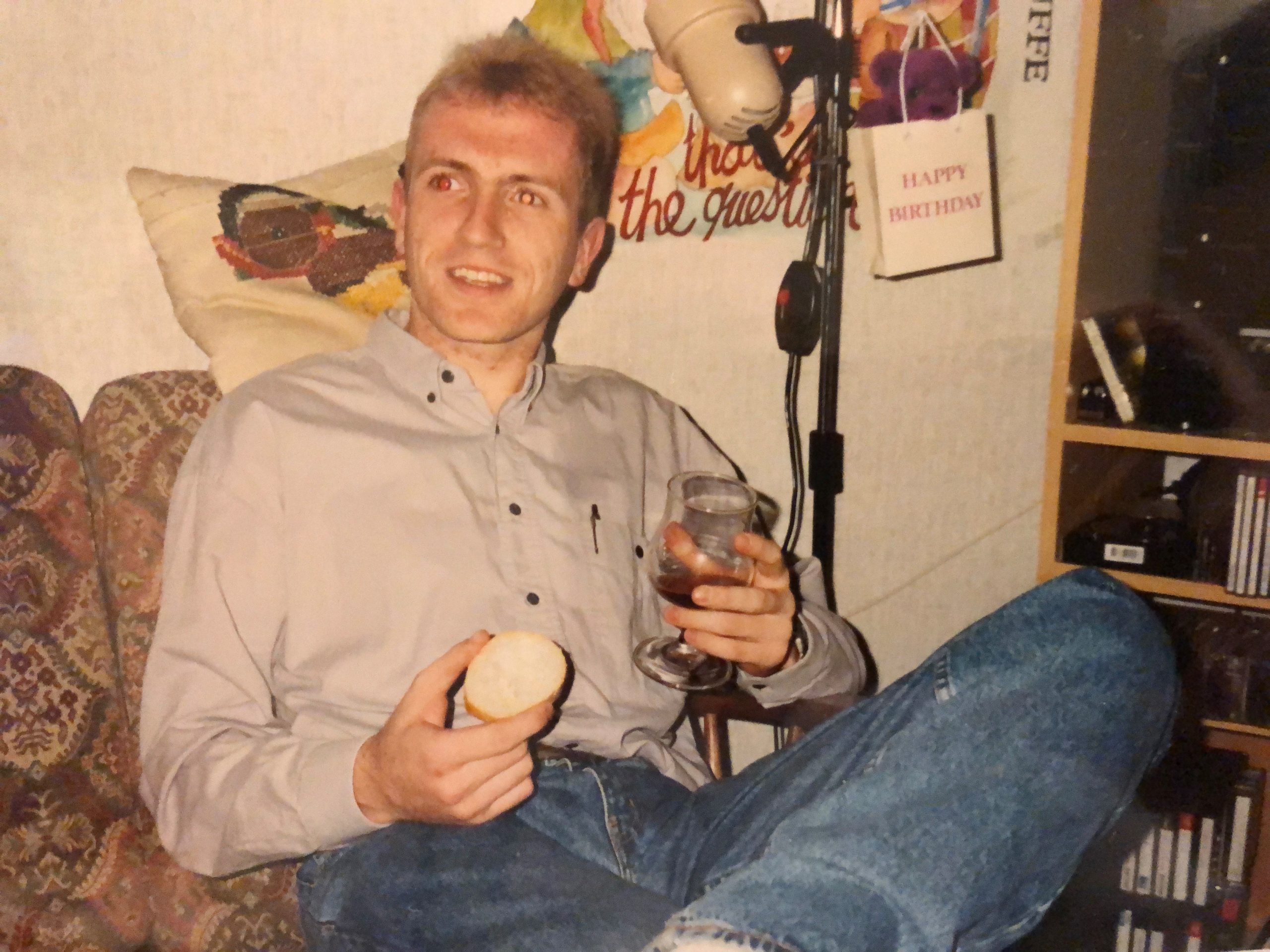 Hans Rosink started his study of Applied Physics at the TU/e in September 1988. Soon after that, he started the fraternity SPECTRA (Students of Physics in Eindhoven Combining Theory with Random Activities) with fellow students. Some members of this fraternity even did a board year at Van der Waals. Hans became an active member within the Borrelcommittee, after which he became the treasurer of the committee in November 1989 (11 abc, ‘ab borrele condita’). During these days, the beer prices decreased a lot, because the beer suppliers Astein and Drako were played off against each other. Next to that, they started to ‘paal’ the consumed beers during the Borrels, which created a better financial overview of the Borrelcommittee. On March 12, 1991 (13 abc), Hans transferred his treasurership to Erik de Lepper. This was during both their birthdays and he was a member of SPECTRA as well. After this, Hans became a member of the Financial audit committee, until his graduation in June 1994. Besides these financial activities, Hans could often be found in the Van der Waals room. He supported and helped with the organization of activities, which were often organized by his fellow fraternity members. Because the association wanted to thank Hans for all his effort, he was appointed member of merit by the former chairman Niels Melman. 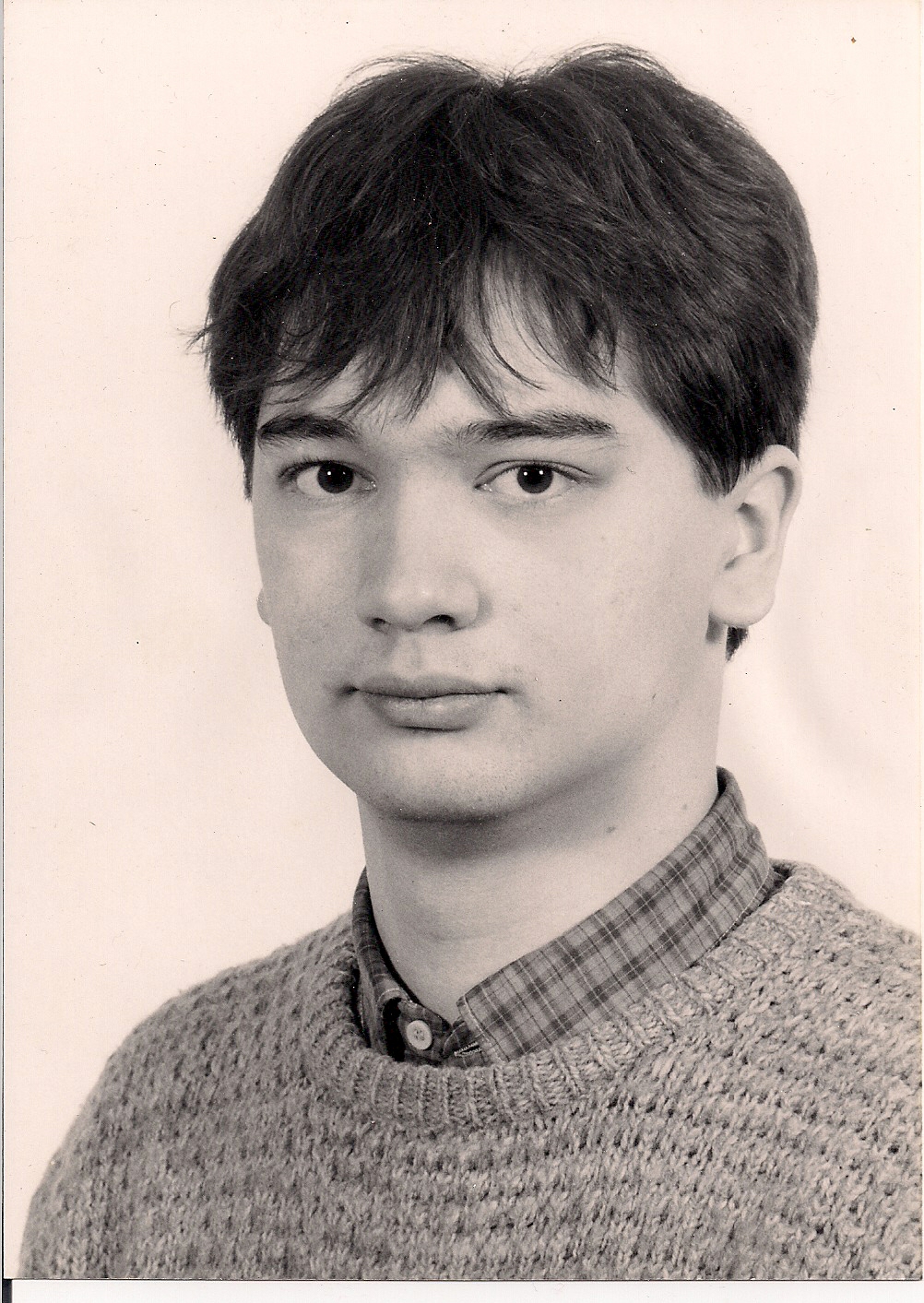 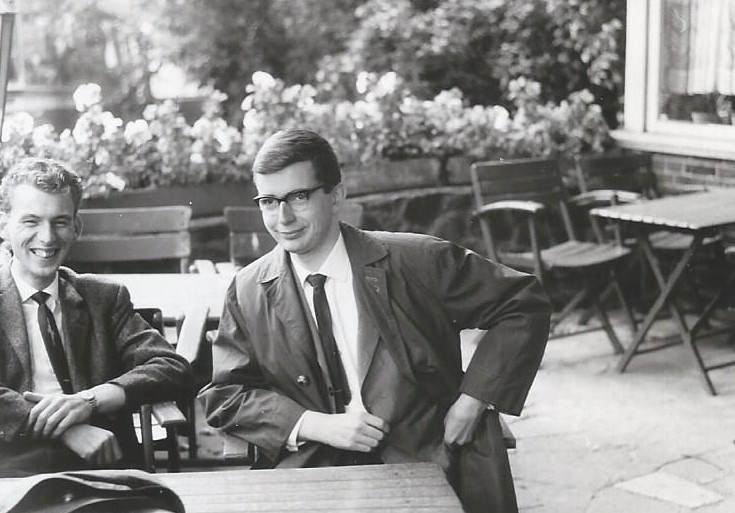 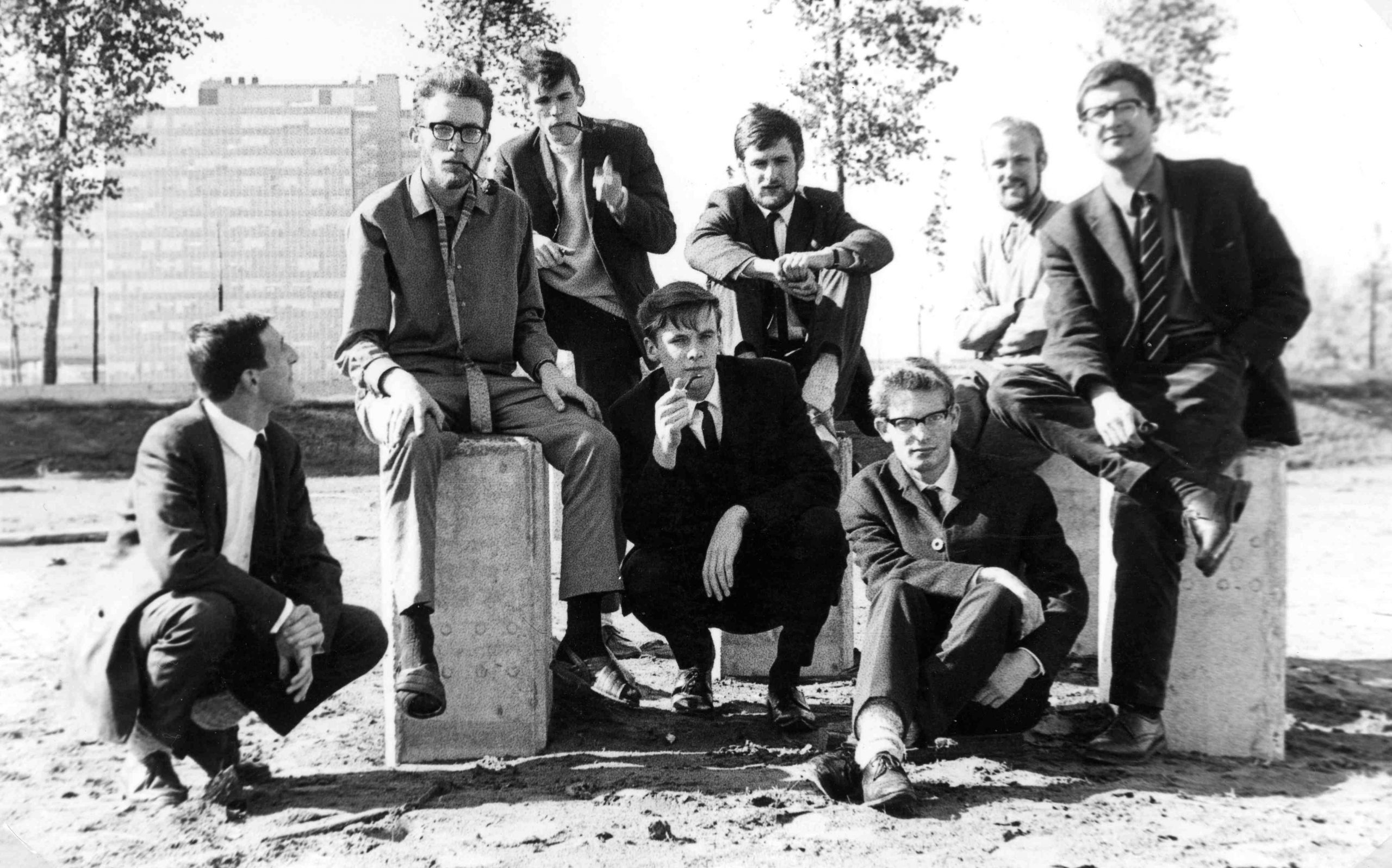 I am not familiar with the arguments used by the board of the Van der Waals association in 1966 to convince the assembly they should approve my appointment as member of merit. I don’t remember every detail of the years that I was active in and for Van der Waals. But one memorable action stands out in my mind for the noise it generated and the final success: the creation of the students education committee. In this committee problems concerning exams, curriculum and teaching materials were discussed. Conclusions of these discussions were advanced to the board of the faculty. In one instance the students education committee released lecture notes on control theory against the will of the responsible professor. This made him so furious that the following year he released lecture notes himself. Some years later, students were allowed membership of the faculty’s education committee. Participation in decision making on educational matters was finally realised within the physics faculty. 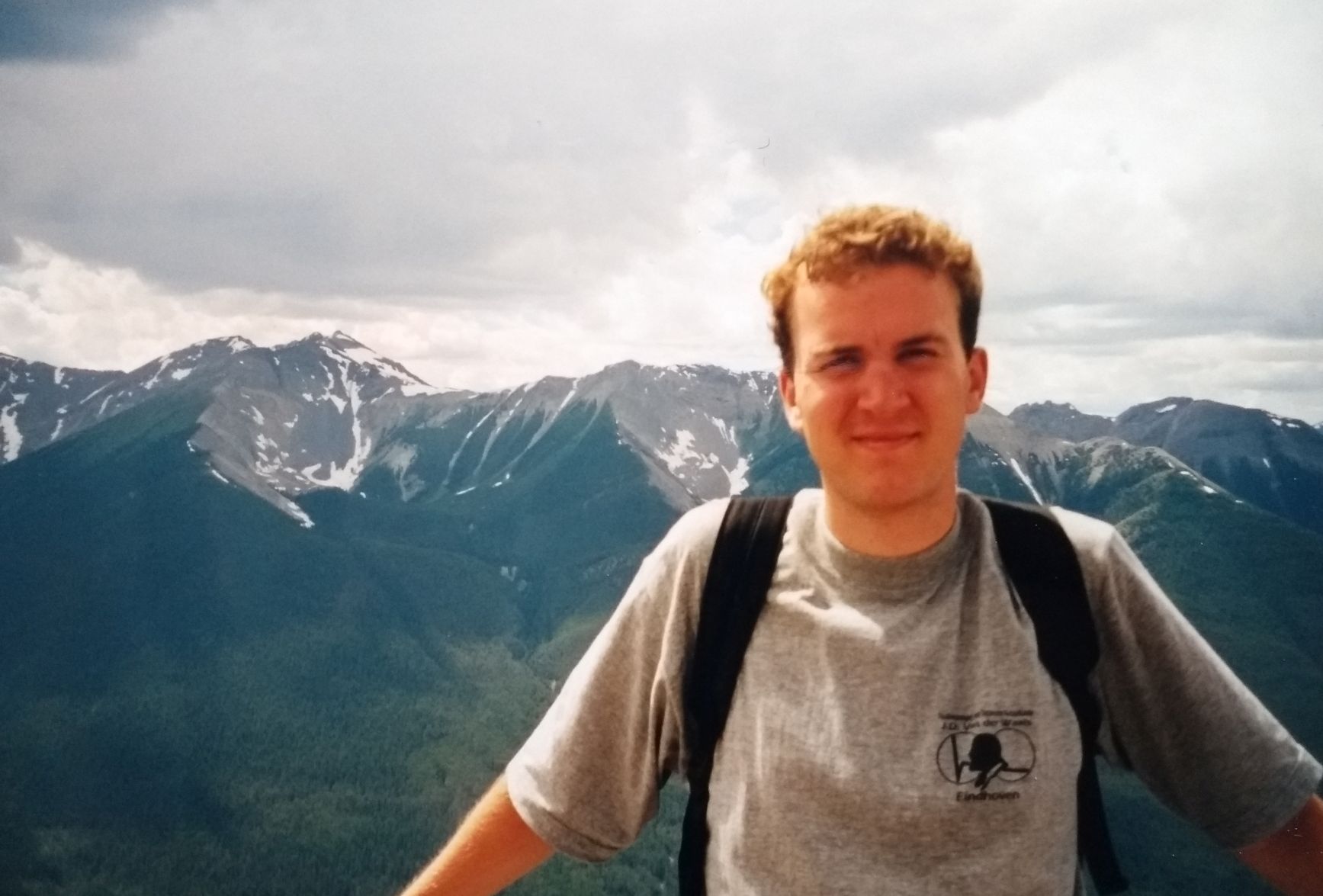 When I started studying Applied Physics in Eindhoven I was not really aware of what Study associations were, or what to expect from the “student life” in general. But I instantly became a fan and weekly visitor of the Borrel. Pretty soon during my first year I was asked to help organise the Parents Day, which was my first extra-curricular activity at Van der Waals and this was a stepping stone in to the world of the study society SVTN “J.D. van der Waals” and the many wonderful committees. I can’t, to this day, quite remember how many committees I joined, but they were all fun, hard work at times, but really useful for my development and later career. I joined the Borrel committee as a “Borreltender”, as soon as I could and with great pride and pleasure chaired the Borrel Committee for a few years, I helped produce the Almanac for two consecutive years, represented Van der Waals in the Wervingsdagen, organised a small study trip abroad and several others. In general it was easier to find me in the Van der Waals room than in a lecture hall. 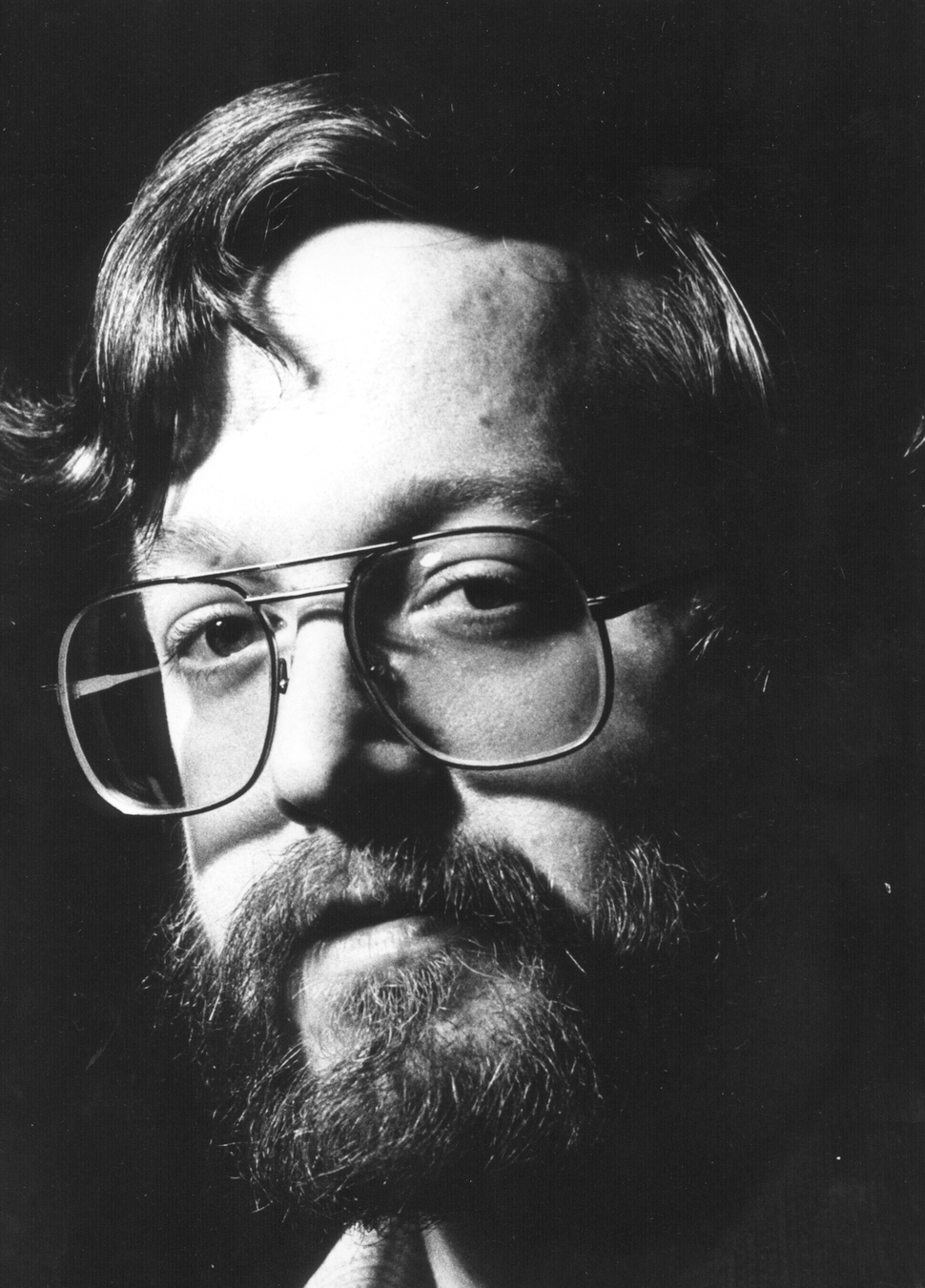 Looking back in history, a piece of my memory:

I was a member of the study association board for 3 consecutive years, first as treasurer and later as chairman. In that time we had to reinvent the wheel, because the association had fallen asleep a bit and there was little meaningful documentation about what the club did in the years before. Even the official chains had gone missing, held back by some previous board members, It was only years later that they were returned to the association.
I did pay a contribution fee for the first few years of my studies, but I didn’t notice anything of the activities. That is why I decided to attend an information meeting when I was invited to it. As a mixed company of just a few interested people from different academic years, we were suddenly transformed into the new board before we realized it.

I believe we therefore committed ourselves to making information widely available that we needed, but could not immediately find, for example about elective courses or practical experience opportunities. We made the much needed information available to a larger group of students through informational meetings or publications in the courier. You had to arrange a room and invite the sub-department and introduce the speaker, something that was all new and challenging to me
In any case, I have never regretted it, even though it was never before my ambition to act as a spokesperson or frontman.

As time passed we merged into a friendly club of motivated people, who met every lunch break in the “Van-der-WaalsKamer”, although each with different opinions or ideas, we had sufficient sense and responsibility to contribute to something that we believed was important. Without much protocol we did what had to be done.
We organized many publications, meetings, and even sports tournaments between students and staff.

During that time I made good contacts with the office of the department which supported us with various services, as well as with the various sub-departments and with the IAESTE, who all gladly came to explain what opportunities they had for gaining practical experience.

Together with Thor, we often provided technical films during the lunchbreak in the auditorium’s large hall.
I also co-organized the domestic and foreign excursions a number of times, and as a result of that I also served as president of the federation of study associations for a while, because the subsidy from the Eindhovense Hogeschool Fonds had to be correctly distributed and that was a task of the distribution meeting, led by the president of the federation.

Of course it all took a lot of time, but we then built up a lot of goodwill. During a national student strike where the central student administration in the main building was also occupied, we supported this by also occupying the department office, where we received the full support and cooperation of all those present. The good contacts have also led to the fact that we were able to set up our own meeting space à la Walhalla van Tor during that period.

All in all it was an educational time, on which I look back in a very positive way. The study suffered a bit because if you want to do something well then you sometimes run out of time for other things, but that was not a big problem at the time.

I was pleasantly surprised when the new board, at the time that I resigned as chairman, submit a proposal for me to be awarded an honorary membership as a member of merit and all the other members at the general meeting unanimously supported that.

In 1962 I was asked to become a member of the board of Johannes Diderik van der Waals. I belonged to the first generation of Applied Physics students in Eindhoven. Cees Daey Ouwens was chairman and many years older and wiser than I, and working student. My friend Marcel Hugen became vice-chairman and excursion leader of the board. I became commissioner, another word for handyman for everything. Van der Waals was seated in the former porter’s lodge opposite to the entrance of Paviljoen, indicated by the distinguished name Chateau Blanc. I was especially busy with addressing and sending letters, organized the scientific film cycle and the Van der Waals dinner. The following year I was promoted to vice-chairman (Hans Tromp became chairman) and I organized the second big study tour abroad of Van der Waals to Hamburg and Berlin in 1964. The cold war between the East and West part of Berlin was still going on and the contrast between the bustlin West Berlin and chilly East Berlin was huge. With great pleasure I think back to my two years as a member of the board of Van der Waals. 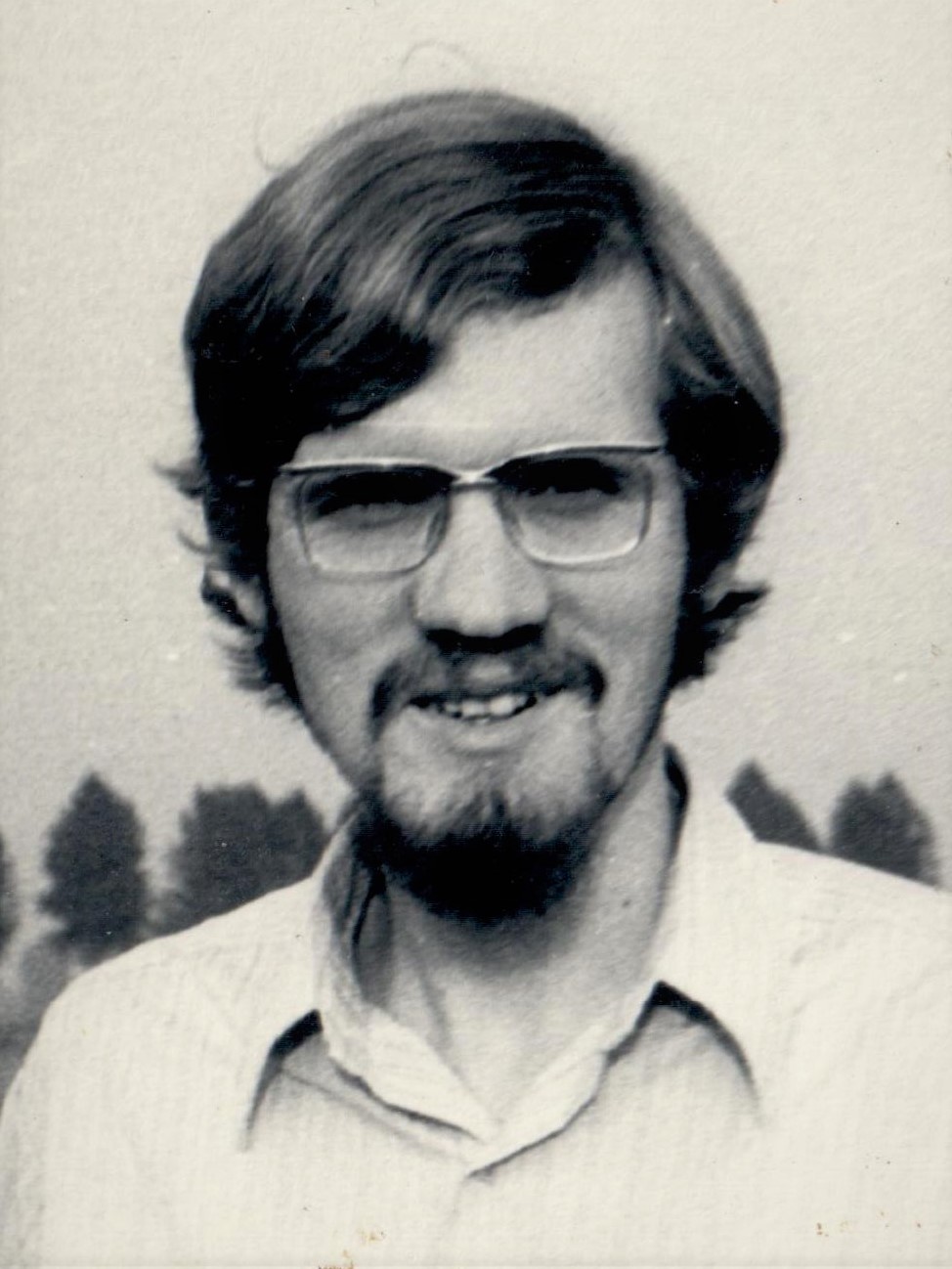